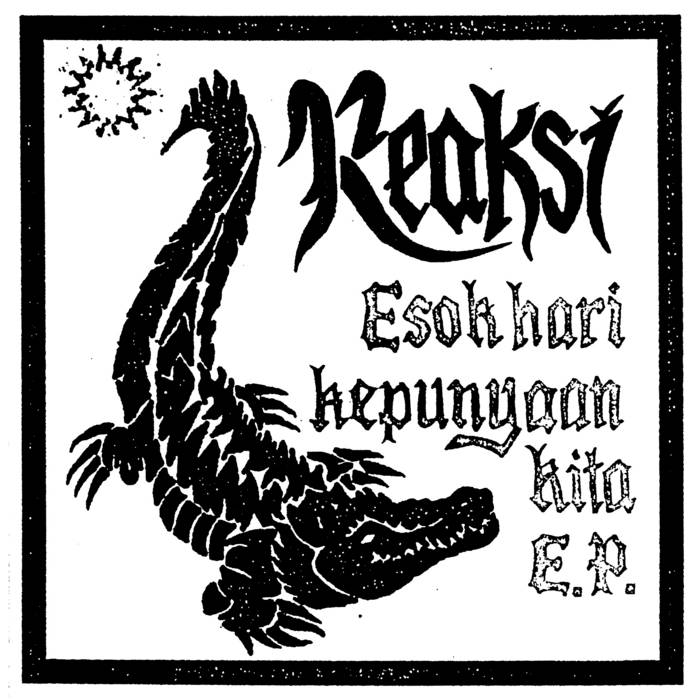 Split release with Hardcore Victim in Australia. Australian and Asian customers please buy it from them at
hardcorevictim.bandcamp.com

REAKSI from Melbourne Australia are three immigrant punks from Malaysia, Indonesia and Singapore. The band delivers direct, hard and pungent lyrical protest in their native language Bahasa. The songs attack political issues that every Asian punk knows too well, the rights of and the struggles of immigrants (Tidak Ada Manusia Ilegal, Tidak Menyerah), police brutality (Awas) and songs of struggle and freedom (Punk Asia) that is highly relevant to the Myanmar’s people current uprising against military coup junta.

At first listen/ glance, the sound production and art of this record could easily be mistaken as a record off the NO FUTURE catalogue. Featuring art collaboration by Nicky Rat and Hafiz (SIAL), sound production by Joshua Wells (PRIORS), Maxime Smadja (RIXE, CONDOR) and Yeap. REAKSI “ESOK HARI KEPUNYAAN KITA E.P” is a love letter and a call to arms for Asian punks everywhere. (Fahmi Reza)