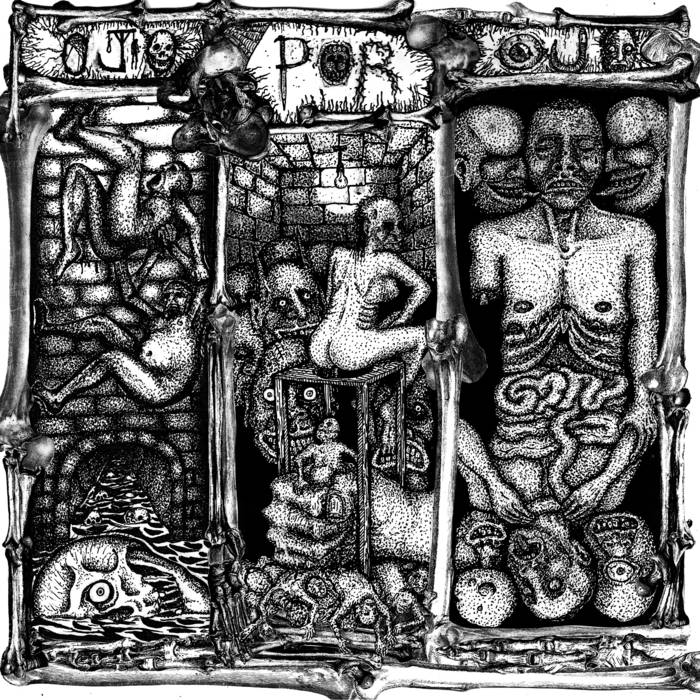 A sonic auto-da-fé, the OJO POR OJO debut LP is an exercise in modern Mexican costumbrismo. Crude and primitive, the band’s aural vomit is a sharp-eyed comment on the trip through the guts of the monster that living in Mexico City has become. Where crime and filth reigns supreme among a society driven by chronic malinchismo and constant life fear. OJO POR OJO follows the path laid out by bands such as INSERVIBLES or RATAS DEL VATICANO while borrowing heavily from Greek gods ΑΝΤΙΔΡΑΣΗ, Colombian demigods PARABELLUM and Italian deities NERORGASMO. Lacking pretence, this Stations of the Cross-like album has 10 tracks instead of 14 and is a raw portrayal of everyday life in the place where the District Federal trio live.


Comes packed in a macabre masterpiece created between drummer Mico and guitarist/ vocalist Yecatl Peña which painstakingly depicts the current collective mental state of a nation. Includes a lyric sheet and a disturbing yet normalised picture, depicting a petty thief lynched by locals in Ecatepec. A seemly weekly happening in the Ciudad de Mexico.

Recorded, mixed and mastered by KB at Testa Studios.