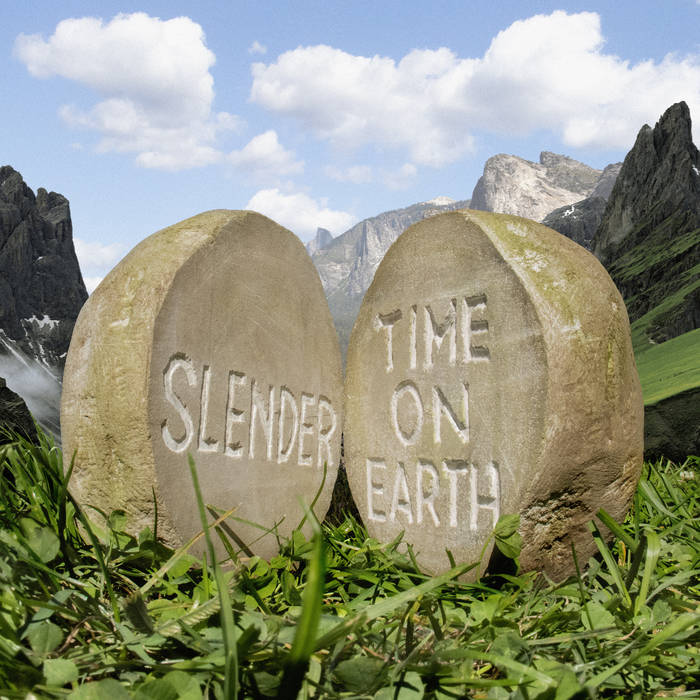 pissin in your elevator

Cataclysmic punk obituary that basks as readily in the causeways of the sun as it does in stormy, apocalyptic marvel . From the second “Time On Earth” came a clobbering we were returned to the dilapidated, wall-crawling psychedelia that we NEVER saw coming on their five track 7” on LVEUM back in 2017, getting us all buzzy that such a potent cerebral secretion was no one-off and that our beloved Slender would not fall under the axe of Paco’s oft-heralded - “Mate, ANYONE can make a good single” -mantra! Spirits rejoice!

SO MUCH to sink into on this debut long haul with the elusive NYC skirmishers. Lean, concise, often juxtaposed songs and interludes are deftly thatched together to make up the majority of Side A, with dense, drowning-world electronics on tracks like “Heavy Weather” clearing the skies for jovial, anthems of the Anthropocene like “New Country” (which for us totally rings the same joyous bells as Yuzo Iwata’s “Gigolo”!!) and the grittier, barnacled basement etherea of “Sleep The Trees”.

The restrained fury in the opening minutes of Side B at first recalls the slow-stirring storm clouds on that shadow-cast Blodarna 7”, the thought of seeking shelter only arising as proceedings are adrenalised and escalated into what feels more akin to listening to Amon Düül perform kali ma on the guys from Pelt in some subterranean death church! The closing trio of “So”, “Far” and “Down” tunnels on and takes place as some sorta on-acid-and-caught-in-earthquake rite, that sees the volcanic pounding intensify and whatever THAT sound is (bass guitar?? some demonic synthesiser??!) begin to envelop everything like the swelling of oblivion - any brief interval between tracks serving only as a moment to observe your own mind try to scramble it’s way out of the slowly opening sinkhole.

Bonkers. Slender channels the same wild and earthy desire for experimentation as such un-pinnable, sleeping giants as Cro-Magnon, Blumen Des Exotischen Eises, The Fates or Moolah. But far from copying the founding fathers of homemade psychedelia Slender move forward to the caves with their own brand of Neo-Chamber Music.

No idea how the inhabitants of earth will express amazement / bewilderment in thirty years time but can imagine some archival psychopath or discogs dweeb digging this one up and ripping a righteous WHAT THE FUCK. (Low Company)

Time On Earth cover art by Emil Bognar Nasdor with 8 page booklet by Eugene Terry and A2 poster designed by Keegan Dakkar.

Recorded and Produced by Emil Bognar-Nasdor and Slender at Feal Studios.
Mastered by Greg Moore at Finyl Tweek.
Art and Layout by Slender

Kari Faux drops off her deluxe album 'Lowkey Superstar' plus tunes by Shunaji and Samplelov.